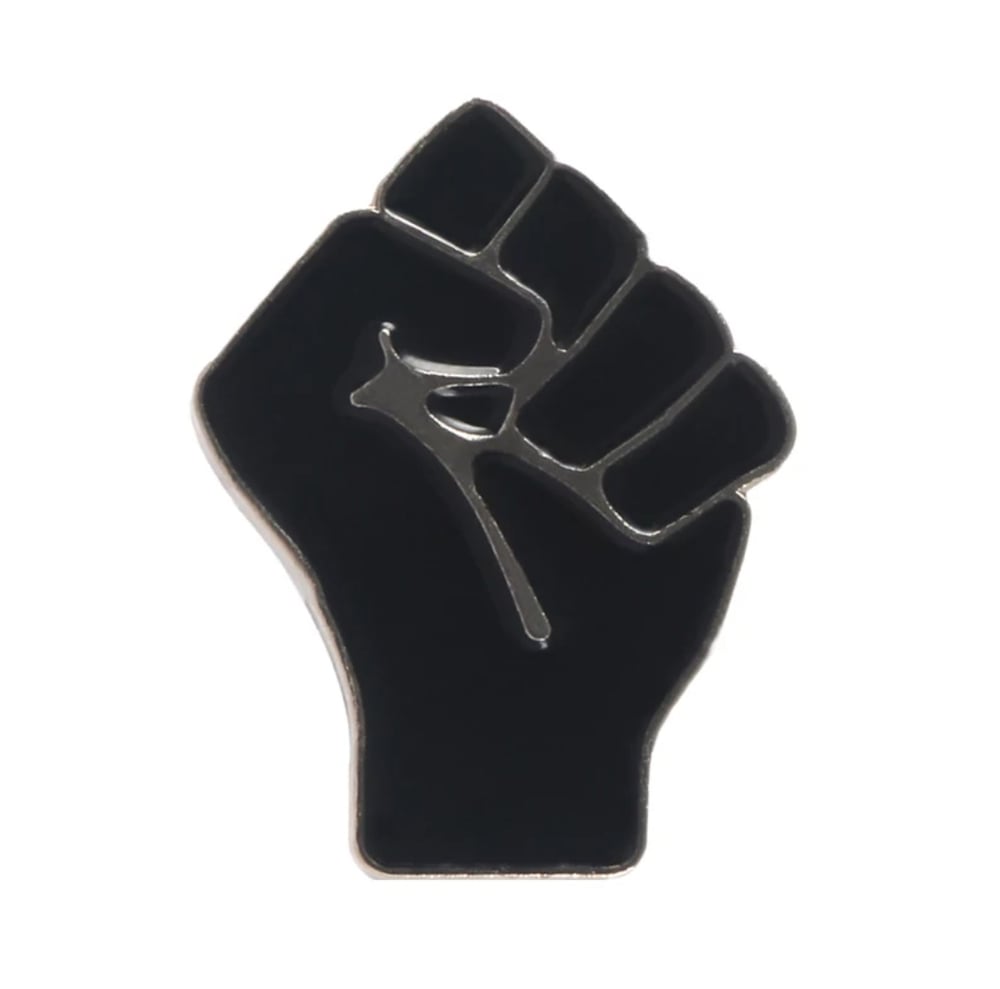 Also referred to as the ‘Black Power Salute’, the raised (black begloved) fist has come to represent unity and solidarity in the face of oppression, since the fight for Civil Rights began. The human fist symbolises power (think the ‘iron fist’), and is the primary tool of any close-combat fight.

The Black Panther Party adopted the gesture as one of resistance against racism and oppression from the 1960s.

In Olympic Athletics, (200 metre sprint) US gold medallist, Tommie Smith, and US bronze medalist, John Carlos, made history by raising black-begloved fists whilst standing (heads bowed) on the podium at the 1968 Mexico Olympics, in televised protest against racism.

In modern times the symbol has evolved from solely a physical gesture to become the logo and symbol of black resistance against oppression, inequality and systemic racism as adopted by such movements as ‘Black Lives Matter’ and the separate (though, at times overlapping) #BLM/#BlackLivesMatter Movement.

Lewis Hamilton celebrated with bowed head and an elevated fist, having won the 2020 Styrian Grand Prix. A political gesture, indeed.

The Black Fist of Solidarity is not intended to be exclusively worn solely by black people. Solidarity opposes exclusivity. Solidarity speaks of ‘standing with’ and ‘locking arms in support’ of those whom one is allied to, though personally having not necessarily experienced their oppression.

Raise your fist! Fight oppression! Be anti-racist! Wear the fist and fight, with pride and in solidarity, against systemic racism and oppression. ALL power to the people! Black lives matter!