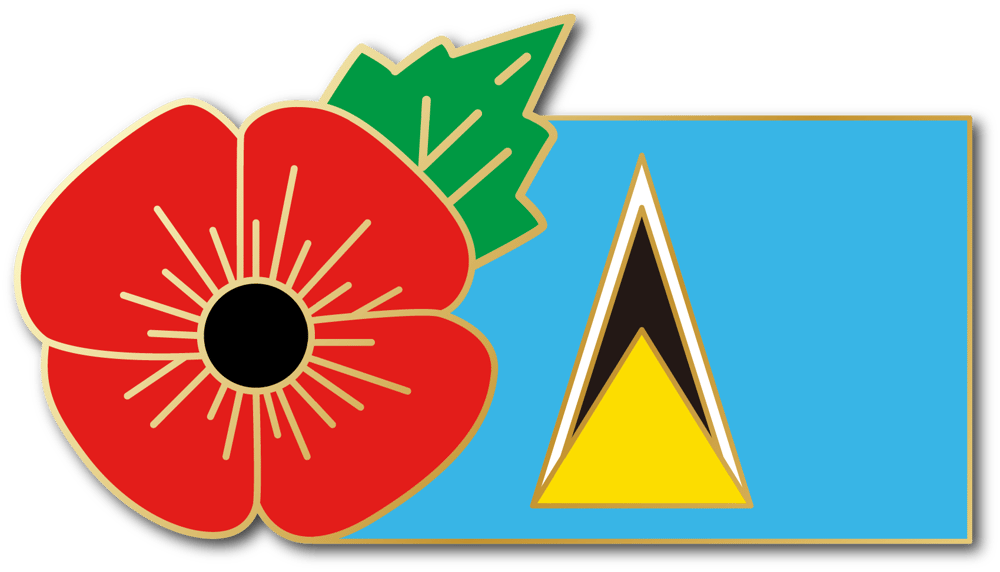 Saint Lucia, along with many other Caribbean nations showed overwhelming support for Britain, the "Mother Country", when war broke out in 1914.
In addition to the 359+ military personnel;

St. Lucia gained independence on 22nd February 1979.
It boggles the mind how, since that time, the military exploits, the honours, decorations and the sacrifices of these Caribbeans could disappear from history. Join with us in our efforts to publicise, celebrate and pay homage to our West Indian (Caribbean) allies and friends who served sacrificially in military conflict to defend British values and the freedoms we civilians enjoy. Lest WE forget!